Want to walk the red carpet at the 2014 AACTA Awards? 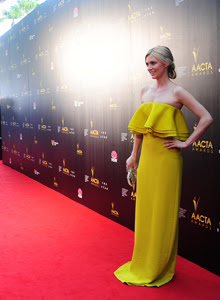 Star in our movie, and be at the Australian Film and Television night of the year!

We’re delighted to be the beer of choice at the ‘Australian Academy of Cinema and Television Arts‘ Awards in Jan. Shoot a quick Instagram video with a Burleigh beer in your hand to say ‘All the best’! Send your best wishes to people like Naomi Watts, Joel Edgerton, Hugo Weaving, Isla Fisher and Leonardo DiCaprio!

A selection of video entries will be shown on the night. We will choose one lucky ‘film maker’ to win the money-can’t-buy prize of 2 tickets to join us at the red carpet AACTA Awards Ceremony on 30 January in Sydney AND entry to the exclusive, invite only after party!  Hashtag #allthebestAACTA and tag @burleighbrewing with your video to enter!

Australian Brews News
is supported by

Get the latest Brews News!